We have assembled a team experienced in fostering creativity and driving innovation.

The financial, strategic, and operational actions we take ensure the world of eye care will benefit from breakthrough products and therapies.

Working across disciplines, we are capitalizing on our expertise in the development of connected, integrated medical devices and machine learning.

At Twenty/Twenty we can apply our vast knowledge of ophthalmology and engineering to create and commercialize unique ophthalmic devices and comprehensive technology-enabled therapies.

“This venture represents the ideal balance between science, engineering and business acumen.”

Discover a Life of Innovation 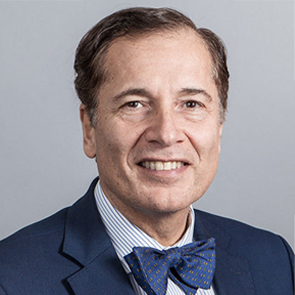 Dr. Azar is a distinguished ophthalmologist, professor, and leader in both research and business. He has long been in high demand by Boards of Directors in the field of vision and medicine. His unique skills combine academic rigor, business acumen and organizational vision, making him the driving force behind the unique culture upon which Twenty/Twenty is built.

Dimitri is the B.A. Field Endowed Chair of Ophthalmologic Research and Dean Emeritus at the University of Illinois College of Medicine. As an ophthalmic surgeon, he has made significant contributions to the pathogenesis and treatment of corneal diseases as well as pioneering advances in refractive surgery. He has served as a key adviser on Verily ophthalmic projects since 2014.

Dimitri received his MD from American University of Beirut and his Executive MBA from University of Chicago, Booth School of Business. He also holds an honorary Master’s degree from Harvard. 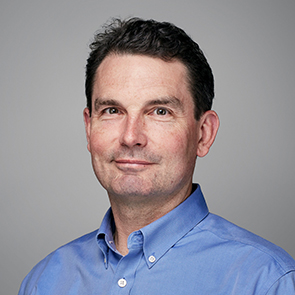 Ben is an experienced technology executive with a nearly 30-year track record of taking microtechnology-based products from bench-top to volume production in high-reliability industries including medical devices, pharmaceuticals, telecommunications and consumer electronics.

Before joining Twenty/Twenty he was a Product Manager at Verily Life Sciences.

He served as V.P. of Operations at Chirp Microsystems designing, developing and manufacturing a line of extremely low power, ultrasonic 3D-sensing solutions for consumer electronics, smart homes, and industrial automation.

He was a founding employee and Senior VP of Operations at Proteus Digital Health, involved in all aspects of the company’s evolution: product concept, development, manufacturing, facilities, FDA filings, investor diligence, and partner interactions.

He also served as Director of Microtechnology at DiCon Fiberoptics where he invented a family of MEMS products responsible for roughly $1B in cumulative revenue and that is still in production.

Ben was President and CEO at Berkeley MicroInstruments, where he directed process development and production of micromachined sensors and the integration of BMI products on next-generation tools. 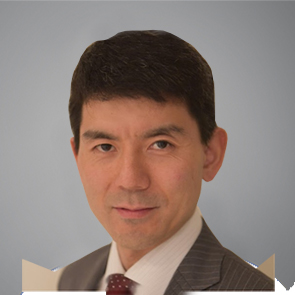 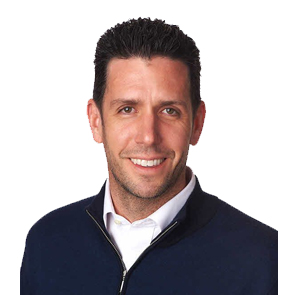 He is a Hall of Famer at Bugcrowd, having placed 3rd globally out of 90,000+ security researchers. He also scored 5th globally in the Artificial Intelligence Professional Program by Microsoft.

Scott also served on the Board of Governors of the CFA Institute, an organization with more than 185,000 members, where he also served as a Member, and Chair, of the Audit and Risk Committee. In addition, Scott served as a member of the Board of Advisors at Cyber Reliant, a data security company.

Scott is a CFA Charterholder and he earned a Master’s in MIS, a MBA in Investments & Finance, and a BA in Psychology, all from the University of Virginia. Scott is also a CISSP (Certified Information Systems Security Professional), ISSMP (Information Systems Security Management Professional), Certified Six Sigma Black Belt, Google Cloud Certified Professional Cloud Architect, and earned a Software Security Foundations Certificate and Advanced Computer Security Certificate from Stanford University. 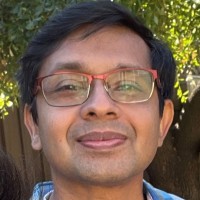 Anand has thirty plus years of investing experience, has managed and founded a private hedge fund and holds a Series 65 license and is registered with the state of California. He was recently General Counsel for a startup in robotic surgery, Verb Surgical Inc., which has since been acquired by Johnson & Johnson. Prior to that, for ten years, he was an IP attorney for Apple helping with the iPhone platform.

Anand has a BS in Electrical Engineering from Northwestern University and JD from Notre Dame Law School. He is a patent attorney registered with the USPTO and a member of the California Bar and has 25 years of legal professional experience in a variety of areas. 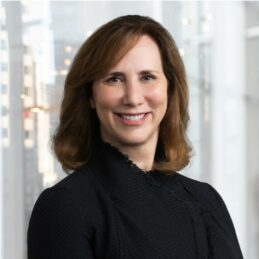 Machelle Shields is a strategic advisor who has 25 years of experience in compliance, ethics, privacy and reimbursement.  Machelle previously served as Senior Executive Healthcare Policy and Compliance Advisor for the Health Law Practice of an international law firm, as well as the President of that firm’s wholly owned regulatory affiliate. Prior to that, she served as Vice President and Chief Compliance Officer for one of the world’s “top 10” medical device companies. Machelle has more than five combined years of experience serving as an independent monitor team lead for a deferred prosecution agreement (DPA) under the USAO New Jersey, for the DHHS Office for Civil Rights (OCR) for a HIPAA corrective action plan and the Oversight Organization lead for a DPA under the USAO Vermont.  Machelle’s experience ranges from start-ups to international companies and she works to right-size compliance functions based on the company.

Machelle has an M.S.J. with distinction from Seton Hall University School of Law, with concentrations in Health and Hospital Law and Pharmaceutical and Medical Device Law and Compliance.  Machelle is a Tennessee Supreme Court Rule 31 Listed General Civil Mediator and also holds certifications by the Health Care Compliance Association (HCCA) in Compliance, Privacy, and Research Compliance.  Additionally, Machelle holds three coding certifications from the AAPC and American Health Information Management Association (AHIMA). She speaks regularly at industry meetings and is frequently a guest speaker at local and national meetings on compliance and reimbursement issues. 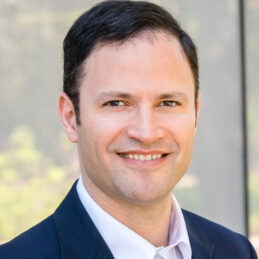 Dr. Goldberg joins Twenty/Twenty part-time to advise and provide feedback on clinical programs and product development strategy across therapeutic platforms. Dr. Goldberg is Professor and Chair of Ophthalmology and Director of the Byers Eye Institute at Stanford University. His clinical and surgical effort is focused on patients with glaucoma, and his research is directed at neuroprotection and regeneration in the visual system, development of novel biomarkers for clinical disease, and design and implementation of FDA clinical trials, all major unmet needs in glaucoma and other optic neuropathies.

Dr. Goldberg was elected to the American Ophthalmological Society in 2021, elected to the National Academy of Medicine in 2019, and is also a member of the American Society of Clinical Investigation. He was named the Scientist of the Year by the Hope For Vision Foundation in 2010, and received the Cogan award from the Association for Research in Vision and Ophthalmology in 2012.

Dr. Goldberg did his clinical training in ophthalmology and then in glaucoma at the Bascom Palmer Eye Institute, where he was a Heed Fellow. 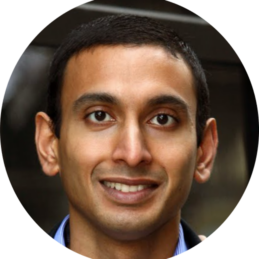 Dr. Sinha is a seasoned scientific leader and manager, combining his expertise in multiple engineering domains to drive the progress of innovative systems from concept to product. At Twenty/Twenty, he guides the technical direction of the company in developing ophthalmic medical devices.

Prior to Twenty/Twenty, Supriyo was a founding employee of Verily Life Sciences, formerly known as Google Life Sciences. At Verily, he spearheaded the creation of novel hardware platforms used in endoscopy, cell sorting and pathology.

For over 15 years, Supriyo has consulted for startups and large corporations that leveraged his technical design experience in the instrumentation and medical device space. Supriyo was also the lead optical engineer at Synaptics where he prototyped biometrics solutions for consumer devices. Before Synaptics, Supriyo held research appointments at Stanford University designing optical interrogation tools and specialized imaging systems in neuroscience.

Supriyo started his industrial career at Raydiance Technologies, where he simulated and developed high-energy short-pulse laser systems for medicine and industry. In graduate school, he invented novel lasers and nonlinear optical systems for medical and scientific applications.

Supriyo holds nearly 40 US patents, has co-authored over 100 peer reviewed articles and is a Senior Member of the IEEE and OSA. He holds a PhD and Masters in Electrical Engineering from Stanford University and earned his BASc in Computer Engineering from the University of Waterloo. 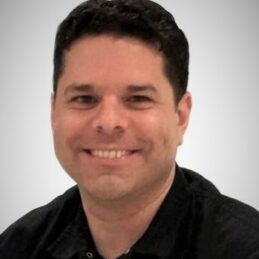 Dr. Christian Gutierrez joined Twenty Twenty Therapeutics, a Verily and Santen joint venture, in May 2021 from Alphabet’s Verily Life Sciences. He heads Twenty Twenty’s Digital Therapeutics Strategy and is the Vice President of Business Development where he focuses on development and commercialization of next-generation digital ophthalmology products.

In 2014 he joined Google[x]’s Smart Contact Lens project where he led bioelectronic development on the accommodating contact lens technology from inception. While at Verily Christian led R&D initiatives as part of Verily and Alcon’s co-development partnership in smart contact lenses and developed several emerging digital health and device initiatives at the intersection of digital, medical, and engineering.

Prior to joining Alphabet, Christian was a co-founder of Fluid Synchrony LLC, which develops high performance, low power microfluidic-based implantable pump technology for drug delivery applications. During this time he led technical development as CTO and was also principal investigator on multiple Phase 1 & 2 SBIR funded initiatives from the NIH, NSF and DoD.

Christian holds 20 patents and 40 peer-reviewed publications in the fields of microtechnology, medical devices and physiologic sensing technology. He received B.S. and M.S. degrees in Electrical Engineering and a B.S. in Business Economics and Management from the California Institute of Technology (Caltech). He received a Ph.D. in Biomedical Engineering from the University of Southern California where he also earned certification in Technology Commercialization from the USC Marshall School of Business. 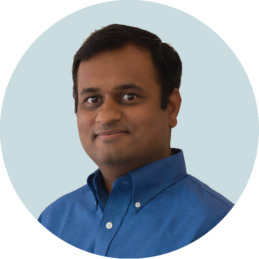 Abhi is an experienced technologist with a 20+ year track record of scaling early stage ideas to planet scale. He is passionate about mobile, cloud native and conversational health care applications.

Abhi helped build the very first mobile products at Google as early as 2004 and was second engineer on Google’s mobile team. He led the launch of the first Gmail mobile web app, first Local Search. He led the Mobile Web Search team during the explosive growth years of iPhone and Android launch.  As part of the ChromeOS team Abhi architected Google Cloud Print and forged partnerships with HP and other manufacturers. He was awarded Google Founder’s award and three OC awards for his contributions to Gmail, Mobile monetization, and Voice Search.

After his time at Google, Abhi co-founded a health focused startup to develop wearables for fetal ECG monitoring and EOG eye tracking for VR & AR headsets.  In his next venture he joined Kali Care working on adherence monitoring and patient engagement for eye care. As VP of Software at Kali Care he led development of  software platform including regulatory compliant dashboard and cloud storage, analytics and reporting, support and logistics applications and firmware, iOS Android apps.

More recently, Abhi has enjoyed working with non-profit organizations in south Dallas to help them with conversational tools for behavioral health monitoring and engagement focusing on diabetes.

Abhi holds a Master’s in Computer Science from USC and earned his BS in Computer Engineering from University of Pune.